I'm using an ESP8266 with a serial sound module on UART1. I've got it working (transmit only). However, it only works if I connect the TX1 line after boot. Otherwise the boot data on the TX1 line crashes the sound module which requires a hard reset.

Is there any way to prevent the system from dumping data to TX1?
Top

That's too bad. The debug messages were off by default.
Is there a reason you can't disable the bootloader messages on UART1?
Are there any Micropython compatible boards that have an unused UART?
Top

If you do not need WiFi, try the Pyboard. If you need WiFi, you could try WiPy 1. Even if it is not manufactured any more, you may still be able to get one. You can also try one of the new ESP32 boards like WiPy2, Wemos LoLin32, Adafruit Feather ESp32, ... For ESP32 devices there the Micrpython.org port and the port by pycom.io.
Top

Or maybe you could reset the module after booting MicroPythpon and disabling the debug messages?
Top

I picked up a generic ESP32 and will take a shot. Is one port better than the other?
Top

Is one port better than the other?

If these messages occur only on boot and not in operation I'd suggest a logic OR gate on the TX line. One input goes to TX, the other to a GPIO line with a pullup to 3.3V. The output goes to your device. This relies on the fact that a pin is configured as an input until your code changes it to an output. When your code runs, set it to be a low output. Avoid pin 15.

A solution using a transistor rather than a gate is here viewtopic.php?f=16&t=2078. Ignore the text in that posting which has confused some readers - the circuit does as I describe. I'd suggest 1KΩ for the lower resistor and 1-3.3KΩ for the one between GPIO and 3V3.
Peter Hinch
Top

@pythoncoder Thanks, that is a very clever solution but I already went ahead and switched to the ESP32. The one I picked up has a UART2 that has both RX and TX and does not appear to receive any boot or debug data.

It works great. The only thing I haven't figured out is after I initialize the UART2, the first 2 bytes written disappear. After the 2 lost bytes, it works as expected. 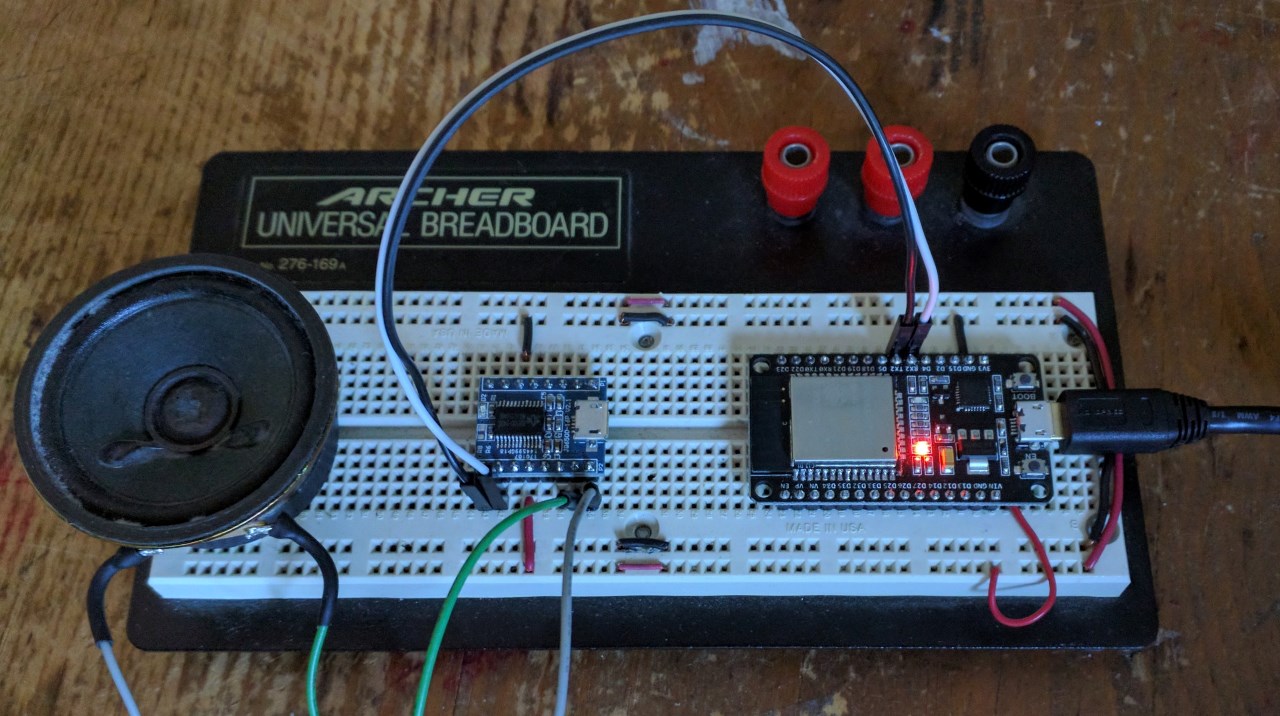 If the two lost bytes are reproduceable when using other devices, you should file a bug report!
Top
Post Reply
13 posts