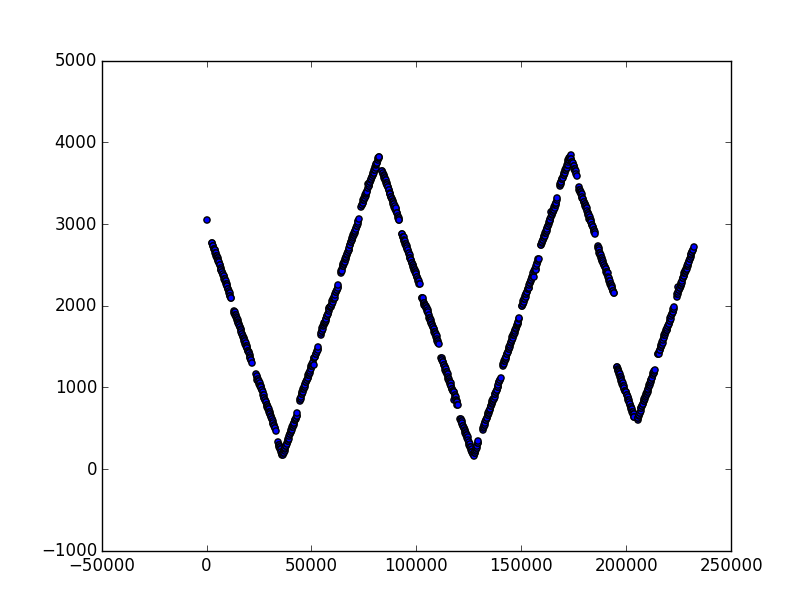 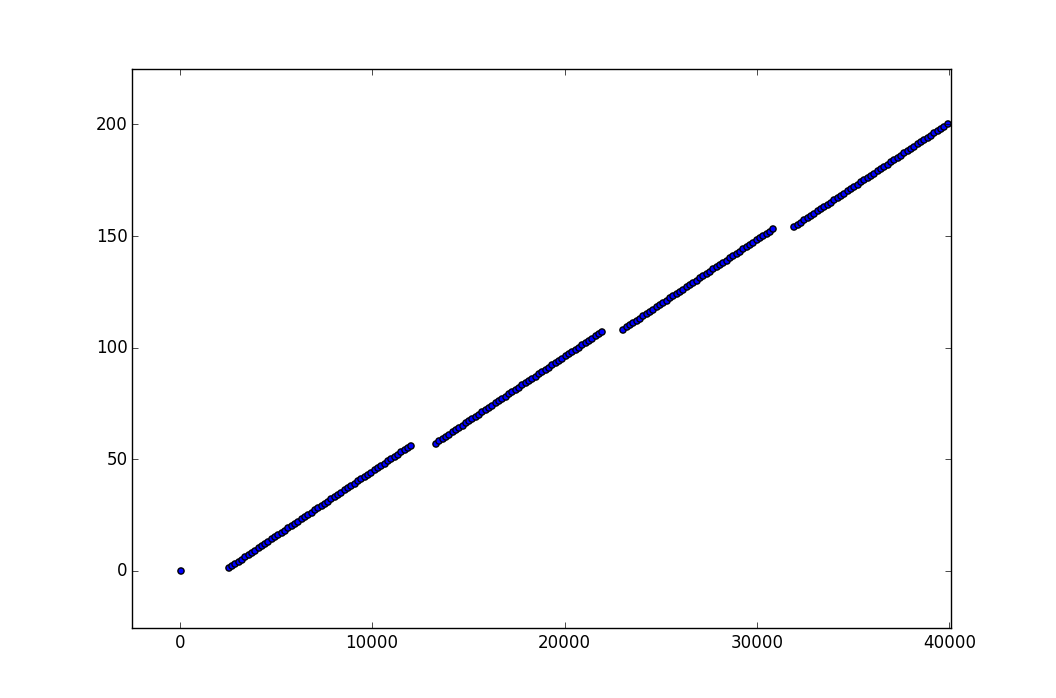 by dhylands
There is a timer tick interrupt which fires once per millisecond.

When writing to sdcard I believe that there is a periodic interrupt to ensure that buffers get flushed to the sdcard.

by hansel
It would be interesting to read (and timestamp) the ADC in a timer callback...

by manitou
I think the jitter from 1ms timer interrupt is only 10 to 30 microseconds. not sure about the USB jitter, but it doesn't look like program is doing serial i/o. then there is the garbage-collection jitter ????

In the plot above, most of the inter-sample times are about 207 us. There are no negative gap times, so time is always increasing.

by vikebo
Thank you for your replies.

by vikebo
Also tried using timer callback to read the ADC today with better results. Inspired by one of Dave Hylands' examples, I made a class for timer 4. 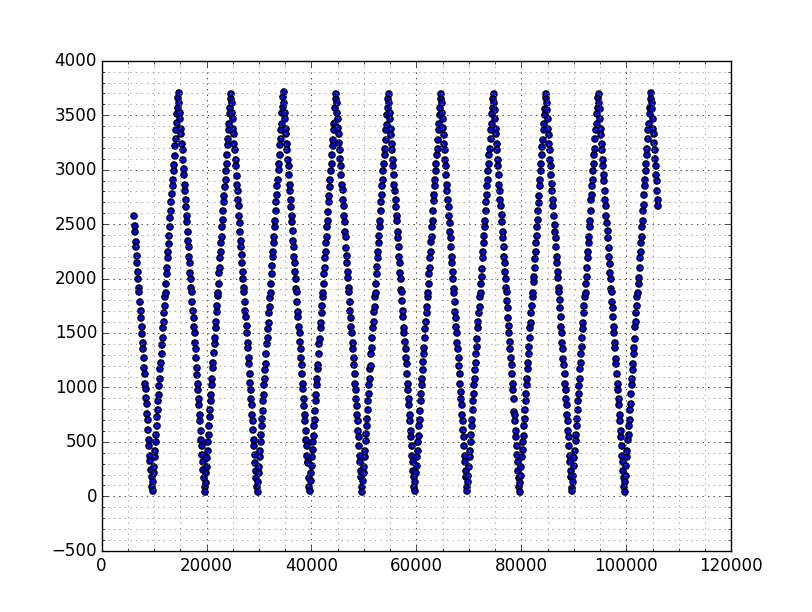 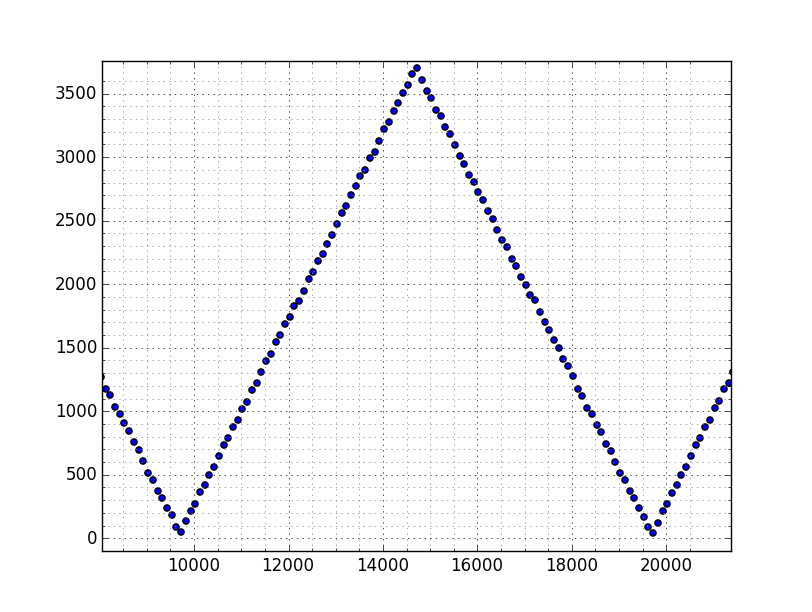 by vikebo
Manitou, didn't see your plot before today, it illustrates it very well. Probably a good idea to store data in a buffer first. I want to find the different options for sampling and storing data at a few kilosamples for some minutes, so data will have to be written while still measuring. Also looking into using bluetooth to send data out, but storing to the sd-card would be simpler and a stand-alone data logger have more uses. 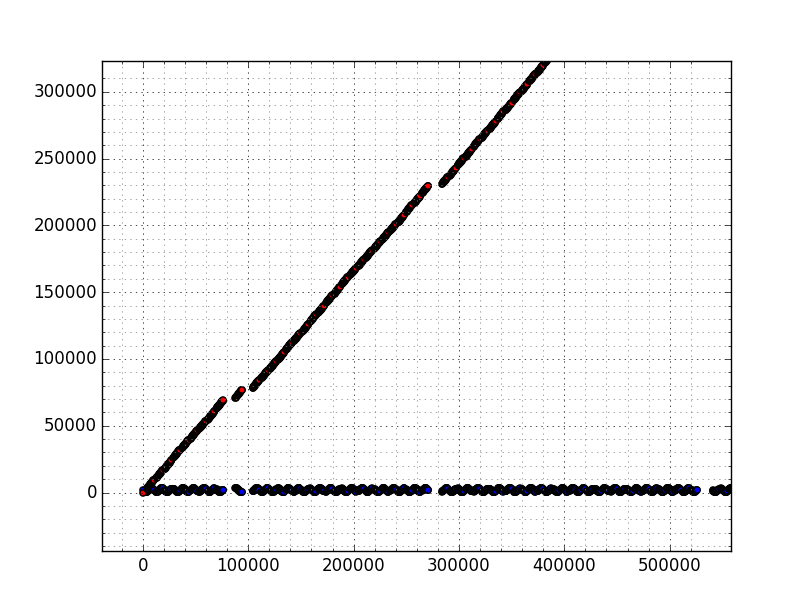 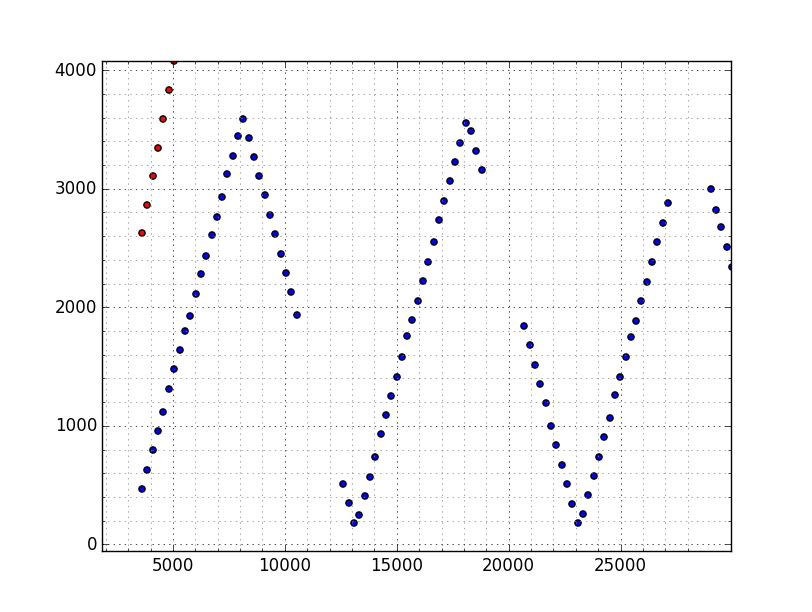 by manitou
you mentioned read_timed, indeed with adc.read_timed(buf, freq) and two buffers, you might be able to read the ADC into one buffer ("in the background") while writing the other buffer to the SD. you'd have choose buffer size and/or frequency to cover the SD-write time.
Edit: never mind, read_timed is not asynchronous (though it seems that an asynchronous version could be developed in the firmware -- or NOT, DMA version wouldn't convert the values correctly into the buffer, ref adc.c)

by pythoncoder
The classic way to deal with this problem is a ring buffer or alternatively a two phase buffer. You can then read data continuously while perfroming periodic time consuming block writes.

In either case the size of the buffer is determined by the amount of time it takes to write out the amount of data you've chosen. This should be a worst case including provision for garbage collection - there's no penalty in too large a buffer aside from RAM use. In terms of implementation it's likely that an array will provide better performance than a Python list.

Edit: writing to /flash files can also "stop" micros/millis due to flash-erase operation stalling the CPU (unless your code is in RAM)
All times are UTC
Page 1 of 1
Powered by phpBB® Forum Software © phpBB Limited
https://www.phpbb.com/