Since the Micropython for ESP8266 is officially released, I can use it to build yet another robot. The ESP8266 has only 11 usable GPIO pins, and only 8 of them have PWM in Micropython, but that turns to be enough to make a simple quadruped robot with 2 degrees of freedom per leg. 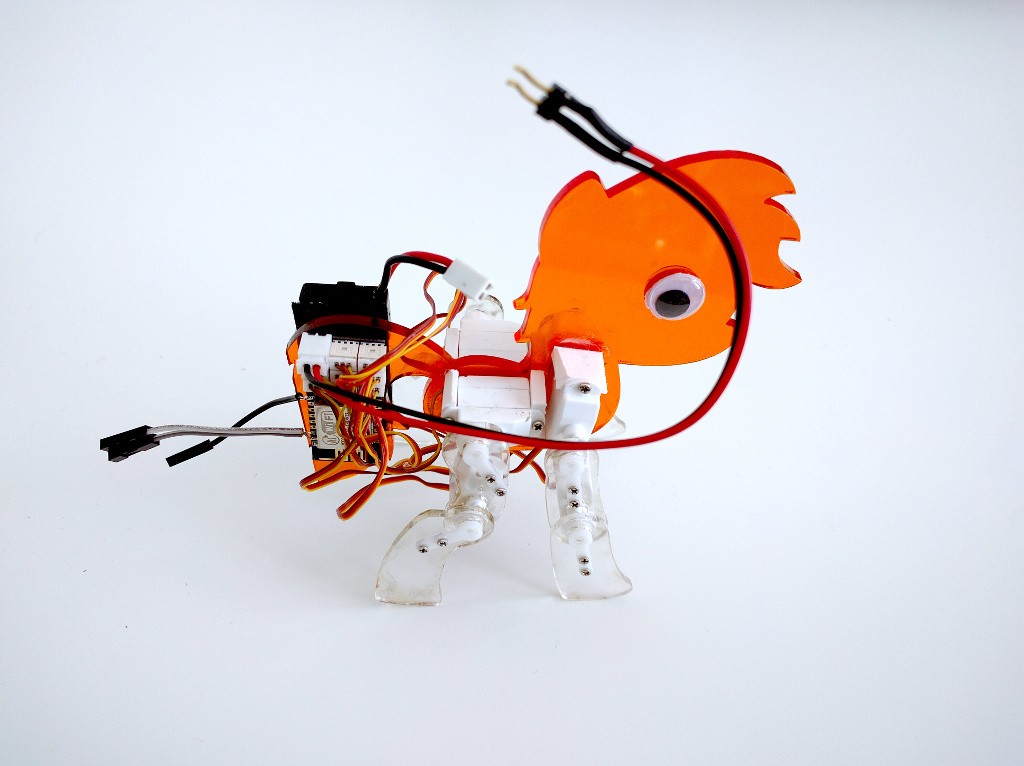 The robot uses an ESP-12 module on a custom breakout board, powered with a small 1S LiPo battery. Eight sub-micro servos provide movement. I'm also planning on adding some I²C-based sensors (distance and gesture) once I figure out how to free the UART pins for that.

The robot doesn't walk yet (I'm still programming that part, but I had a very similar robot walking already using Arduino, so I'm optimistic there), so there is no video of it available.