It's been a while since the last newsletter and, although we are in unprecedented times, MicroPython continues to move forward, albeit a bit more slowly.

Today is MicroPython's 7th Birthday: the 29th of April marks the date on which the first line of code was written, and it's now been 7 years since then!

We are currently at version v1.12 which was released at the end of 2019, and includes support for Bluetooth Low Energy, LittleFS filesystems, and dynamically loadable native modules -- essentially the ability to write independent modules in C and import them transparently in Python code.

To celebrate the 7th Birthday the MicroPython store is offering free world-wide shipping, a 10% discount on PYBD-SF2, and a free MicroPython USB cable with each order. Find the store here. This promotion will last to at least the end of the 29th (today), Anywhere on Earth.

We also have a birthday promotion running over at our Facebook page.

MicroPython is being used by more and more people every day, and used to build more and more products that are released into the wild. Today the original PYBv1.1 is still being manufactured and is still fully supported by the latest firmware. As a flashback, here is a picture of the very first prototype pyboards: 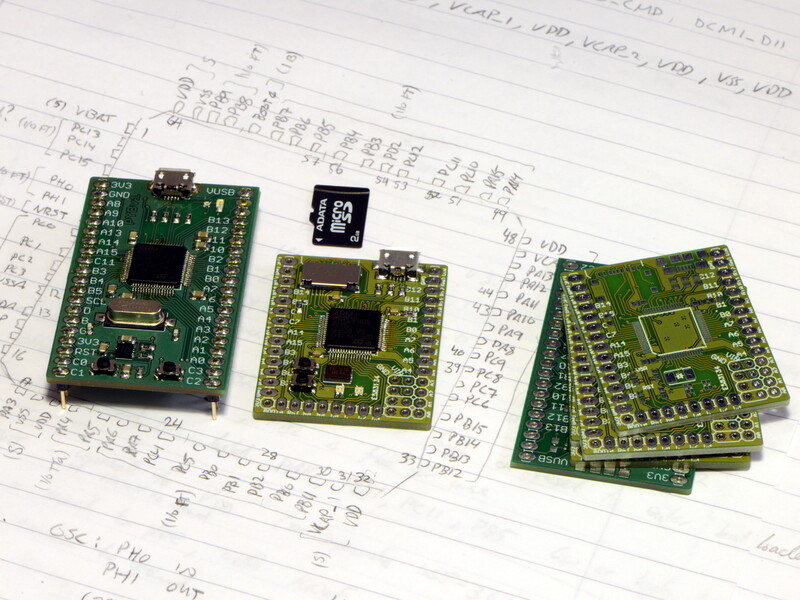 From the MicroPython team.

Congratulations Damien on 7 years of success! And I wish you many, many more years of growth and prosperity.

MicroPython is an amazing achievement, and I enjoy using it every day.

Thanks for taking those first few steps so many years ago!

Congratulations! Thanks for all the effort during those 7 years. Awesome work!!
Top
Post Reply
3 posts • Page 1 of 1