Discussion about programs, libraries and tools that work with MicroPython. Mostly these are provided by a third party.
Target audience: All users and developers of MicroPython.
Post Reply
1 post • Page 1 of 1

Hi, i have my ESP32 connected to a ws2812b and a Snake game written by me in micropython.
I built a 16x16 matrix cutting and connecting the strip.
The strip sometimes turn on some random led at random color and brightness. I have enough power and all the strip parts is well connected.


This is the fps manager of the game. It's 10fps, so nothing to heavy i think. (Edit: i tried to update every 1second, but random pixel persist but they are less frequent)

neopixelhelper is just a python script that makes easier for me to do the neopixels calls.


Here is a photo of my circuit: 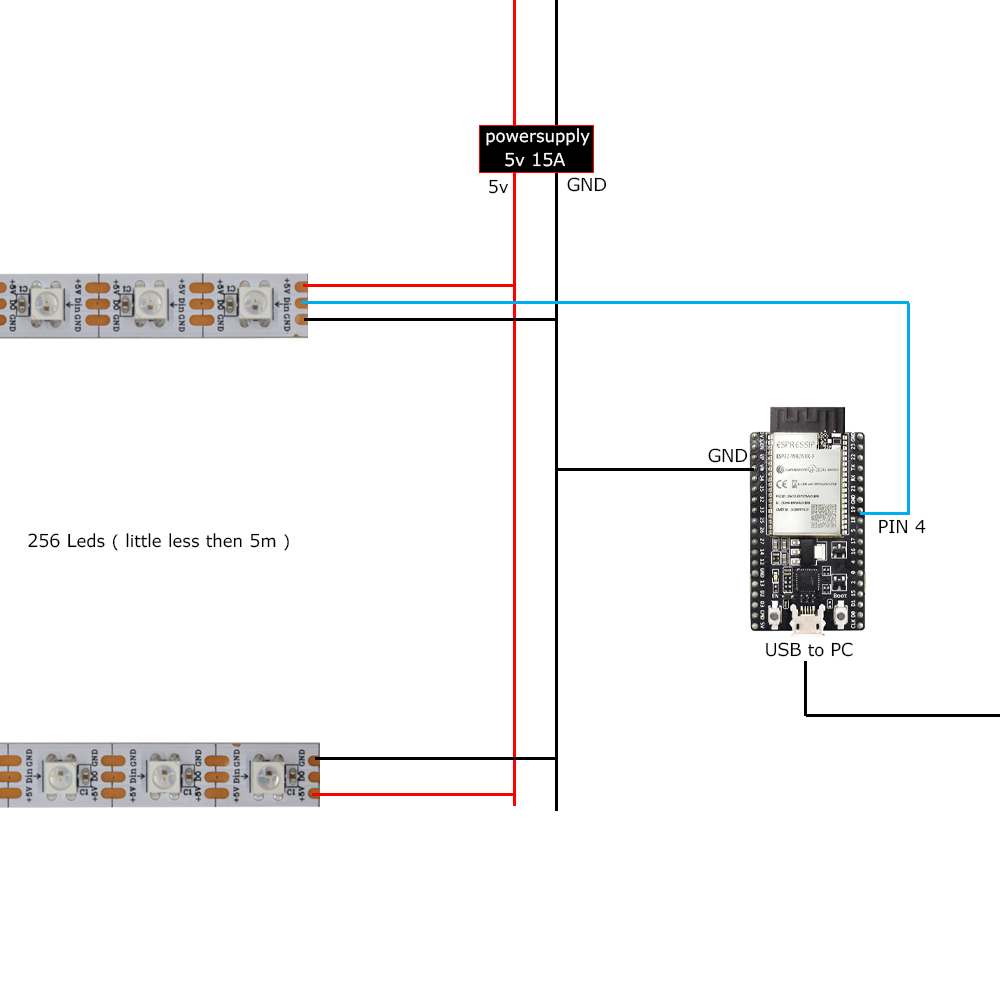 Edit: I tried to put a 500ohm resistor between pin4 and data input without luck.
and here's the video of the behaviour:
https://youtu.be/qujBUNlemLs

Return to “Programs, Libraries and Tools”